Across Greenland with a spinal cord injury

In the spring of 2020, Tord will attempt to be the first tetraplegic with a spinal cord injury (paralysed in legs, stomach/back and partly arms) to cross Greenland. Along with his brother Even and friends Andreas, Rune and Carl, he will attempt a feat that is seemingly impossible. Using only his arms, he shall attempt to pole himself across Greenland’s ice sheet.

Tord and his friends have always been involved in outdoor sports, in particular skiing, rock climbing and mountain hikes. Ever since Tord and Even were young, they both had a dream of crossing Greenland on skis. However, in 2015 a disastrous accident occurred, which for most people would have permanently put an end to this dream. 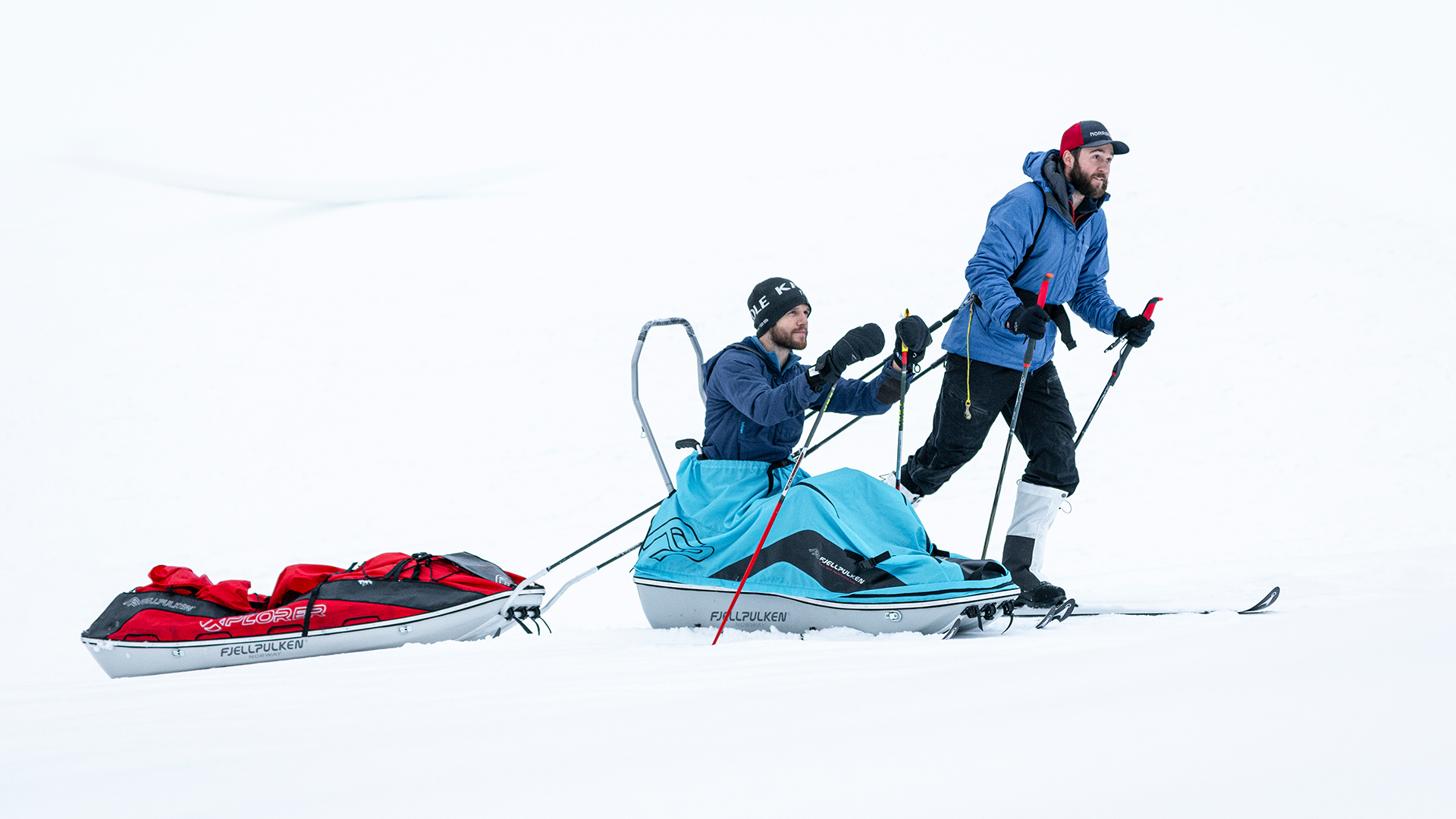 Tord was skiing in Sogndal when he suddenly lost control, lost his skis and struck a tree head on. The huge impact led to a bad fracture in the lower parts of the neck, and the main nerve was crushed resulting in the total loss of signals below the fracture. Sheer luck allowed Tord to emerge from the accident alive.

With paralysis to legs and core muscles and with greatly impaired arms, most would resign themselves to living on a disability pension in social isolation and in need of constant care. Fortunately Tord would have none of that, and with amazing courage he fought his way back. Soon after the accident his brother and friends cautiously mentioned to Tord that he could still manage to cross Greenland in the future, as long as his training succeeded. Quite frankly, few had any confidence in this project. Even for a person who is perfectly healthy, crossing Greenland is no walk in the park. For someone with a spinal cord injury, it is almost physically impossible to maintain progress.

Additionally, there are several serious and dangerous challenges such as broken body temperature regulation, impaired bowel/bladder functions, pressure sores and infections. Not to mention the psychological stress. But for Tord the dream of crossing Greenland by his own steam has been at the back of his mind all the time, and has been a crucial source of motivation to train himself back to a life worth living.

He has now completed 4 years of dedicated training, tears and pain to make his dream realistic. An expedition team with the appropriate skills has been assembled and is motivated for the task. Important sponsors have joined the team, and special equipment has been designed with great attention to detail. The departure date has been set, and if the rest of the run-up goes according to plan, in the spring of 2020 a Norwegian will be the world’s first with a broken neck to conquer Greenland!