Aleksander Gamme is perhaps Norway's most versatile adventurer. Where many stick to one or two types of extreme expeditions, you will find the curly-headed explorer on the steep end of the Troll Wall, skiing alone to the South Pole, on Mount Everest, as a safari guide in South Africa, with a sled in Las Vegas (yes, really), paddling a bathtub (yes, really!) in Norway’s biggest lake, or in a state of euphoria after finding a bag on cheese doodles at a forgotten frozen depot.

Well, did we need to mention the cheese doodles? The poor guy has climbed the highest mountains in the world, skied thousands of miles in inhabitable regions, cycled across the Sahara and holds a number of parachuting records, but then ends up becoming world famous for an ecstatic reunion with a bag of cheese doodles. However, when you are in no way close to average and your picture really should be next to “extraordinary” in the dictionary, that’s life!

“Until I was 25, I traveled around the world with a parachute on my back. But then I started to dream bigger and longer trips quickly became an obsession.”

Alexander worked as a freelance journalist and chased whimsical stories around the world. After a successful trip to Mount Everest in 2007, he began organizing tours to help others experience their dreams.

“It was a fantastic experience, but I quickly realized that I was not born to walk in the same tracks trip after trip, year after year. Another highlight was definitely Antarctica in 2011/2012, the first - and perhaps only - serious trip where boundaries were to be stretched and records were to be broken.”

The trip to the South Pole was the world's longest ski trip without supplies and assistance. With this tour, Alexander became the first in the world to complete the last milestone in Antarctica; to ski from the coast to the pole and back again. Little did he know when he began planning the trip that two young Australian boys had the same trip in mind. They were raised with sand between their toes and, naturally, were no match for a Norwegian with a number of polar expeditions behind him. But when Aleksander was only a mile from the goal, he camped and waited for the men from Down Under, whom he had developed a friendship with through satellite phone calls on the ice, and they crossed the finish line together. This somewhat unorthodox finish attracted a great deal of attention in the international expedition environment, and Aleksander remembers it as one of his favourite moments. 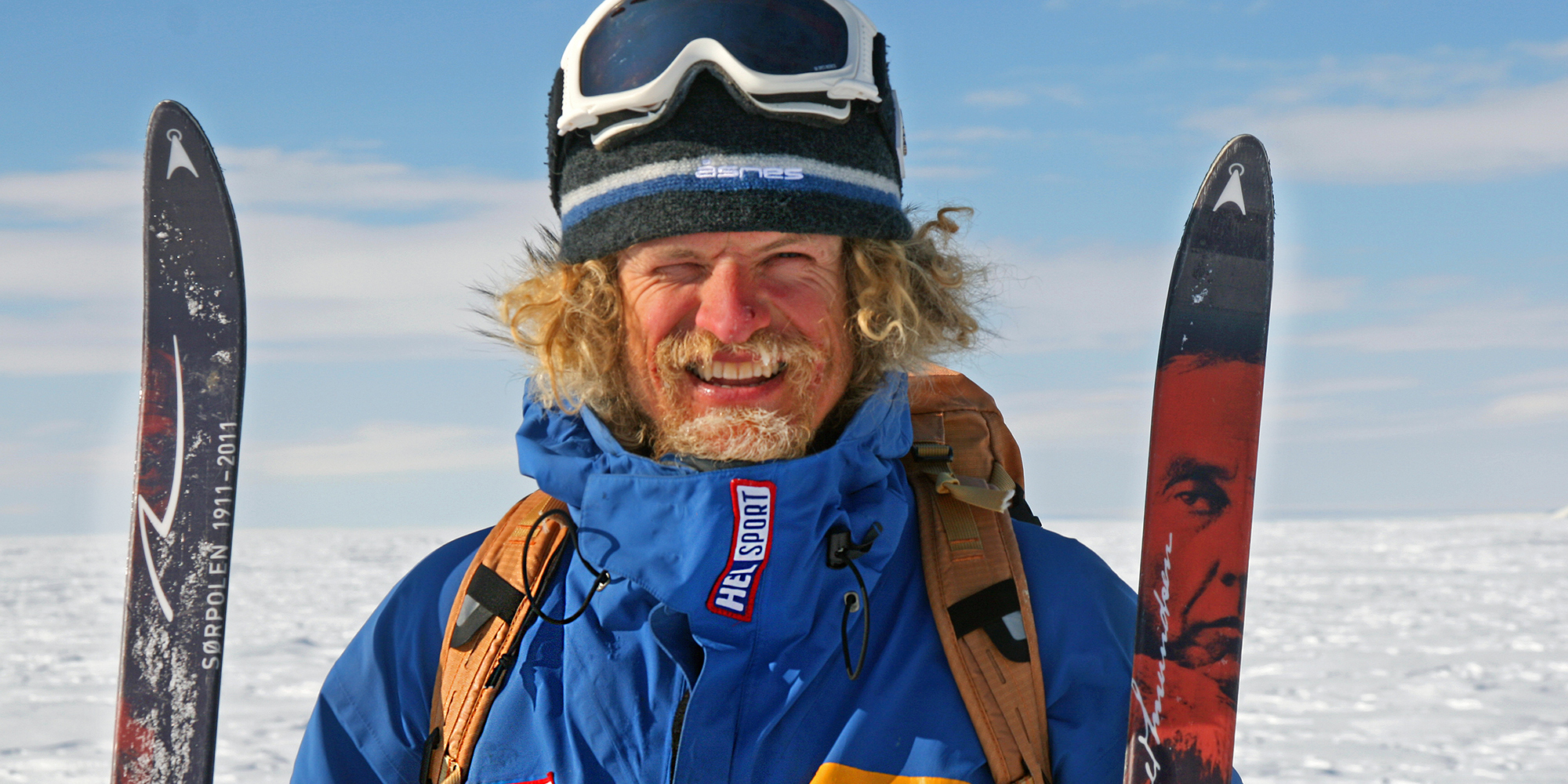 Following the Antarctica-trip, he went on to winter climb the Troll Wall, an epic feat in itself. Then he chased some slightly more unusual projects, such as paddling a bathtub across Norway’s biggest lake and flying with helium balloons. He also hosted a TV show with another like-minded curly-headed explorer, and eventually the two became four.

Alexander’s daughters Vilja and Vega have put a small temporary halt on the long expeditions, but they help him appreciate the small moments of everyday life.

“I aim to teach my girls to become robust people who can stand safely on their feet when it storms around them and I hope they’ll have enough guts to search for their own paths. I think most of my longer trips in the future will be with children. Nowadays, a perfect day is just as much one where the kids squeal of excitement when they find an anthill as one where I venture out on a long airy hike with bold passages and totally exhaustedly crawl into camp for a good dinner, hot tub, red wine and good stories.” 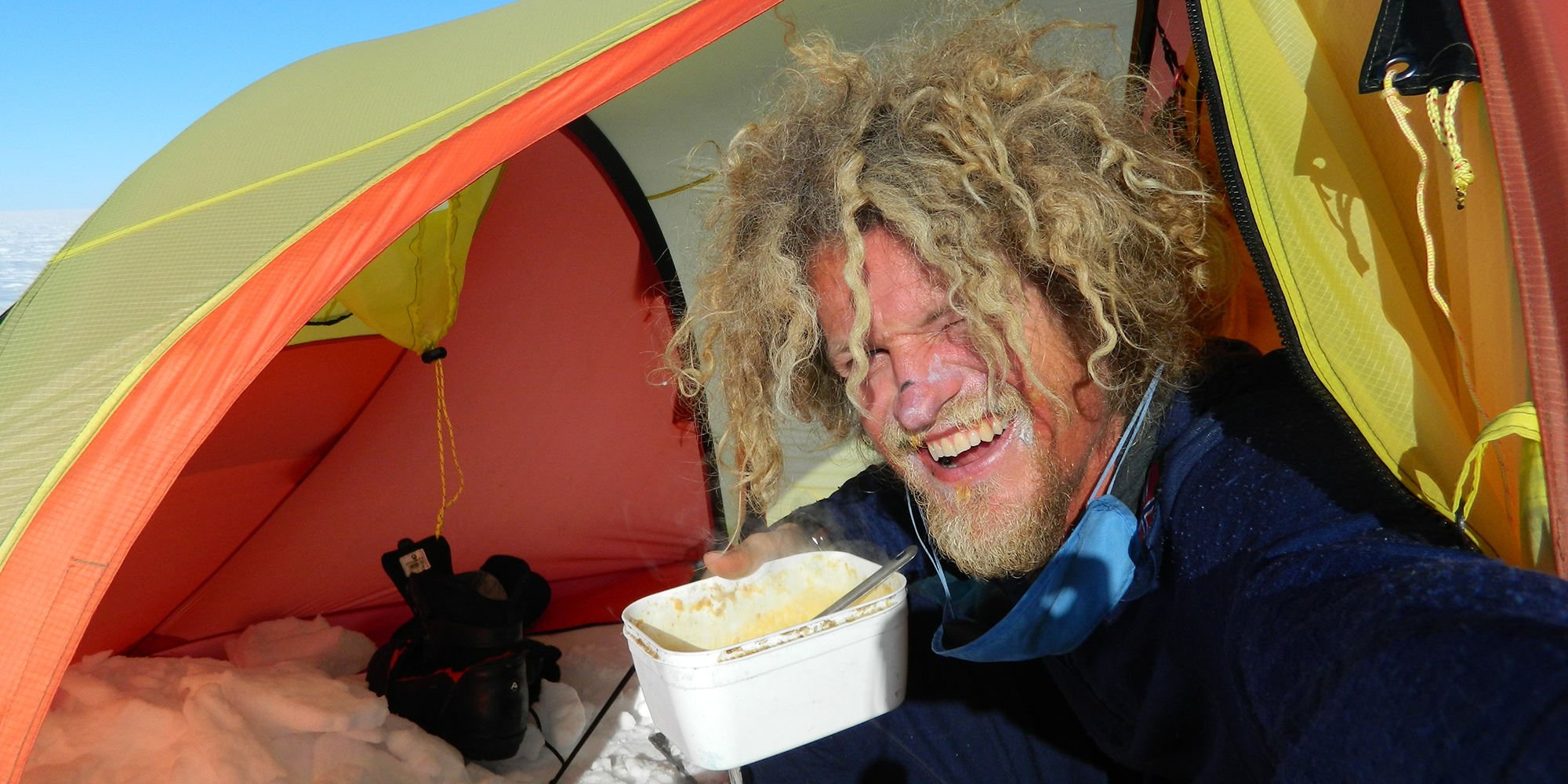 Greenland crossings and polar expeditions have been replaced with short (but steep!) adventures, which are easier to fit into his everyday life.

“The polar bug has been replaced with a new disorder… I mean obsession - climbing. Initially I set aside three years to try to become a good climber, but eventually I realized that this is a lifelong project. Climbing is so big and so wide, ranging from pure indoor training to great majestic walls all around the world. I'm not sure where this passion takes me, but it's definitely time to explore the airier parts of the Norwegian mountain scene.”

Although the trips drive Aleksander, the human encounters along the way leave the biggest impressions.

“Good memories often include the ‘behind-scenes-feelings’, the backdrop to the situation and the surreal ‘I can’t believe I'm here right now’ moment. Sure, the views were great from Mount Everest and all the other peaks, but the people I met along the way left the deepest traces. It was fantastic to be able to wait for my Australian ‘competitors’ in Antarctica. To be with people who reach their greatest goals. People who challenge destiny. People who show incredible joy in hopeless situations.”

Aleksander believes that daydreaming should be a part of the curriculum in schools, because dreaming is the biggest driver of them all… especially if you are new to the game.

If you dare to dream about new adventures, you have it in you. Buy used equipment, find some buddies who have time to join and just go for it!

“If you dare to dream about new adventures, you have it in you. Buy used equipment, find some buddies who have time to join and just go for it! Get out and get started at your expertise level. You’ll quickly climb the ladder and a new universe of experiences opens up. No one regrets having spent too much time outside. But there are plenty of those who regret that they never dared to follow their dreams.”