To the top of Tirich Mir.

Ralph Høibakk is the guy you want to thank for the super lightweight tent you’re bringing to the mountains this summer. Or that down sleeping bag that’s keeping you warm when you’re crossing Hardangervidda. Before 1964 Helsport provided traditional camping equipment – made for summer BBQ’s at the lake. It was a question from this young guy; who was on his way to climb big walls in Pakistan, that changed the whole story.

– I was living in Trondheim at the time, searching for the right equipment to bring on the expedition, that’s when I stumbled across Helsport. I knocked on the door and met the founder himself; Helliksen, who immediately jumped on the idea to develop the equipment we needed.

Ralph Høibakk, civil engineer, Doctor in mathematics, and one of the finest climbers of our time, lights up when he talks about his first meeting with Helsport.

– Helliksen himself was an adventurer, and I think he saw this as a very exciting opportunity and something he just really wanted to be a part of.

When Helsport started out in 1951, it was as a supplier of traditional camping equipment; picture tents looking like houses and the smell of barbeque by the lake. After the inquiry from Ralph Høibakk, who represented the Norwegian climbing expedition led by Arne Næss Sr., Helsport took a different turn and went down the path of delivering revolutionary lightweight mountain equipment. 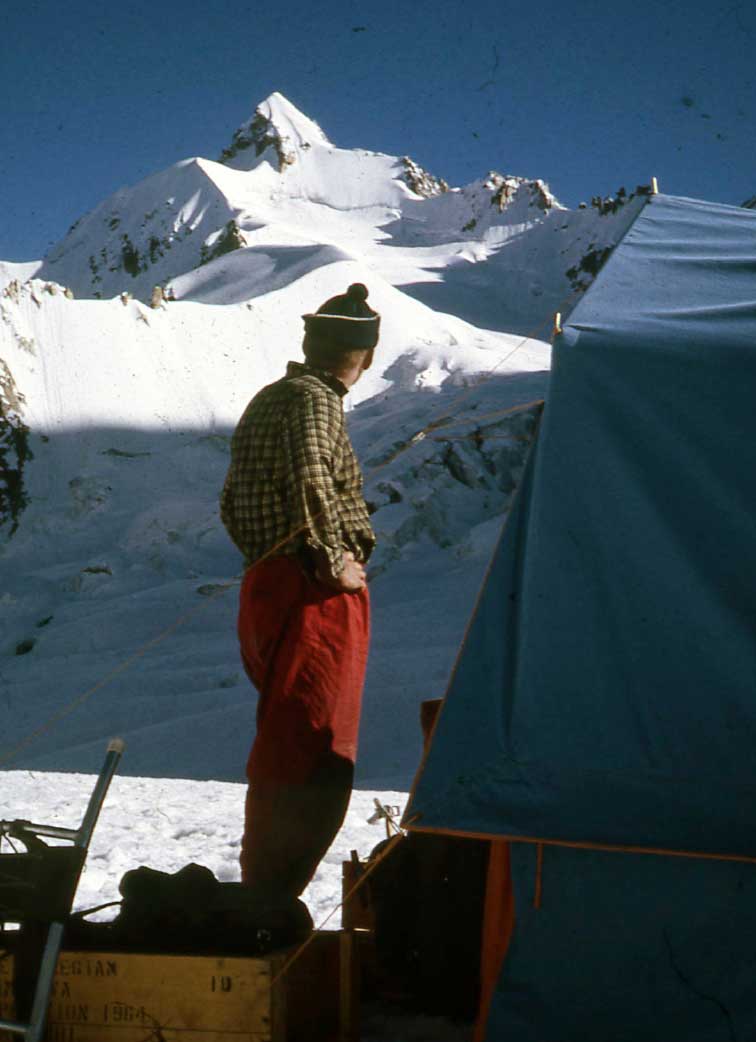 With the help of Nils Faarlund and Ralph Høibakk, they developed tents, sleeping bags, down jackets, down shoes and down mittens made for high-altitude expeditions. Høibakk and the rest of the expedition crew was well equipped.

It was one of those life changing moments that would define Helsport moving forward – eventually making them one of the world’s biggest supplier of mountain equipment made for extreme weather conditions and grand adventures.

– I remember the sleeping bags, they could withstand 20-30 minus degrees (Celsius), and we were never cold. The tent, the sleeping bags and the down clothes from Helsport was crucial for the success of the expedition. If any of those fail, everything fails.

It’s been almost 60 years since Ralph Høibakk knocked on that door in Trondheim and asked for equipment to bring to Tirich Mir. Høibakk had started climbing in 1955, and had done his fair share of hard routes when he encountered the old professor Arne Næss.

– I got a name in those circles after I climbed Trollveggen, which Arne Næss had previously attempted but failed at. That’s when we started climbing together. He was in his late forties at that time, and I think he find pleasure in getting back into climbing. 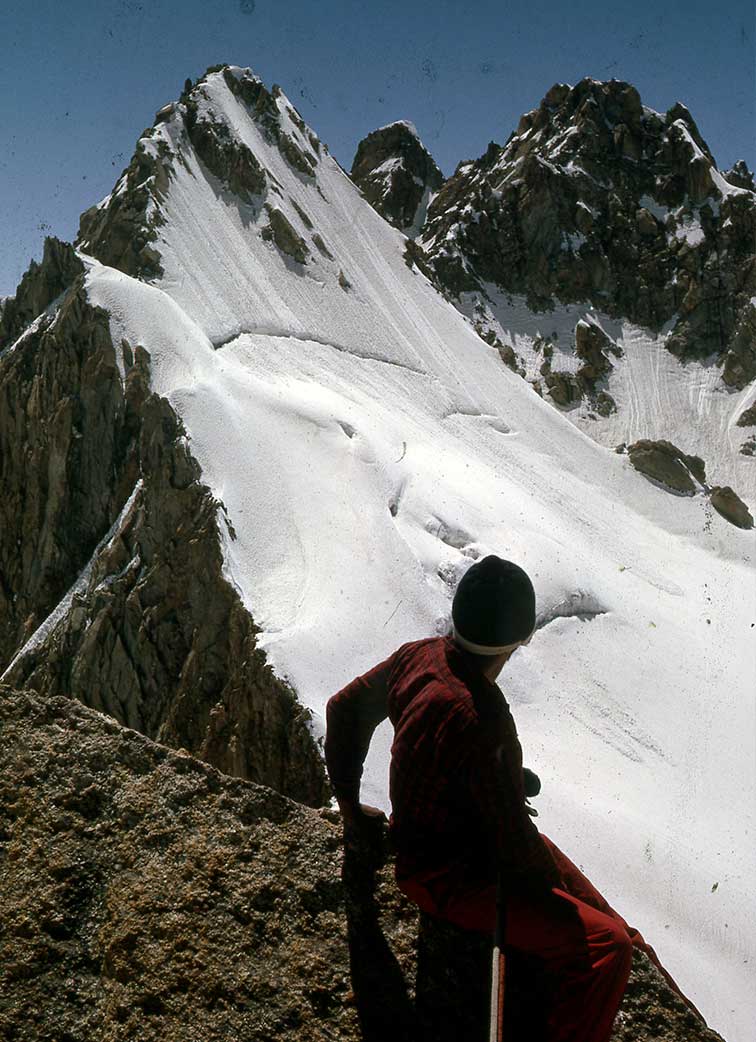 – He also had a dream to get back to Tirich Mir, and do it differently than he had in the expedition of 1950.

In 1950 Næss Sr. was the leader, but the “Mountain club” had selected the rest of the crew. There was conflict and mutiny inside the crew members and one of the other members overtook the leadership.

– I think Arne Næss wanted to lead an expedition where he could lead with authority, a sense of calmness and with joy, while at the same time facing a big challenge. Until 1953 when Mount Everest was ascended, there was one thing climbers cared about; reaching the highest mountain. At the time when Tirich Mir was climbed in 1950 it was one of the highest ever.

– It was a great task in 1950! But moving forward to 1960, all of the 8000-meter peaks had been reached. That’s when Arne decided the direction we were going: What’s the next challenge for us climbers? It’s going the hard way.

Not the easiest way to the top, but the most challenging route to the top.
«The first bold thoughts started growing the fall of 1960: Why not try to reach the east part of Tirich Mir, which had not yet been ascended, not the easy way, but the most difficult one? It was a goal that contradicted decades of tradition in Himalaya. To us, the top itself was not the most important part, it was the climb”. (From “Opp Stupet” by Arne Næss, 1964)

The definition of the Tirich Mir expedition in 1964 was «the hardest route up», and obviously Arne Næss needed a team of very good climbers. That’s when he got Høibakk, Anders Opdal, Per Vigerust and Kjell Friis Baastad, a team he knew worked well together. Then Arne Næss proclaimed a second goal; they were going to have fun while doing it.

– One of the requirements for the 1964 expedition was that it was going to be a fun trip to the South wall up to the East top of Tirich Mir. We were going to go the hardest route up to an unclimbed, high-altitude mountain peak, and he also wanted us to have fun?

I remember thinking; do I believe that? Høibakk had indeed experienced joy throughout other climbing trips in Norway and the Alps, however he had also been way passed the point of joy at other trips. His highest climb at that time had been Mont Blanc, 4810 meters, and he was very curious to see how the experience of almost 3000 meters higher would feel like.

– I imagined it would be steep, cold, hard and with the lack of oxygen adding on to that. Would I be able to have fun? It was a bit farfetched to me, but I accepted the mindset. Also, because I had no choice, and if I was going to be a part of this trip Arne demanded us all to contribute to the fun part. And boy, did it turn out fun!

The 83-year-old laughs. -I never had that much fun, so many practical jokes, and such a good mood amongst everybody throughout the whole time.

Of the crew Arne Næss was the ony one who had been above 7000 meters, and he wanted everybody to get acclimatized and used to the height. – When we arrived at Advanced Basecamp, he told us not to think about the South wall. We were going to be like the fox in the chicken farm, and just have the time of our lives climbing the peaks of 5-6000 meters around us.

Høibakk says Næss’ leadership was very proactive and modern, in the sense that he “hired for values, trained for skills”. -Næss had chosen us based on our values, and now we were going to train to be able to see the project through. We spent two weeks climbing all the fantastic mountains around
basecamp. It was magnificent. 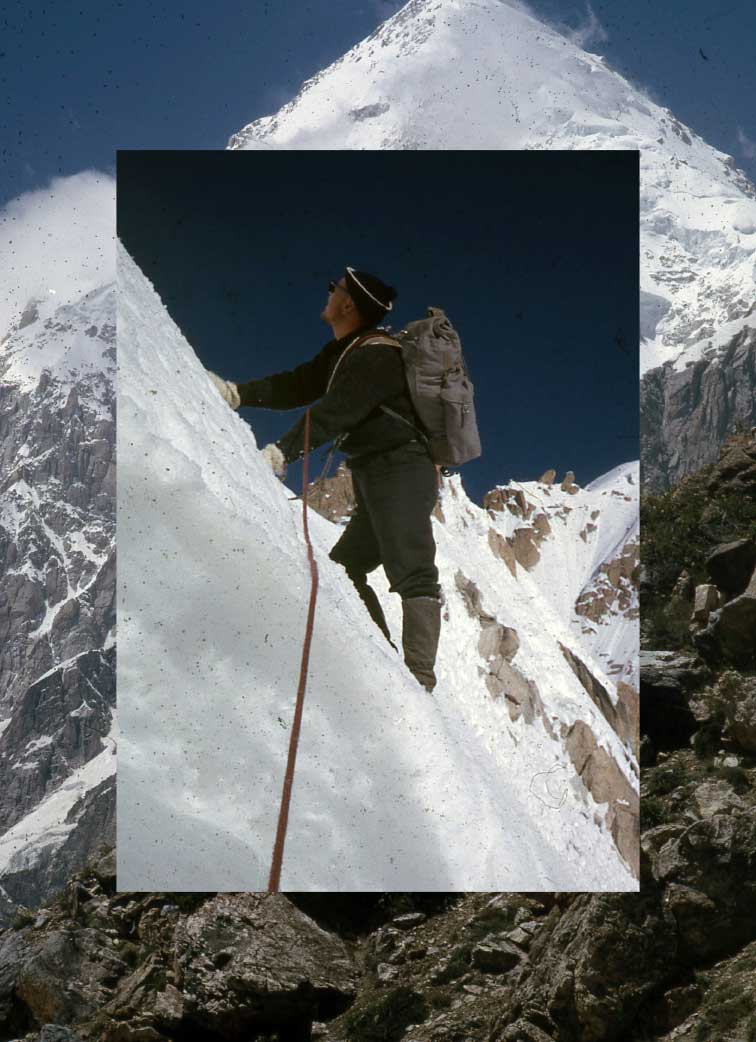 After «peak shopping» for two weeks it was time to turn our focus towards the South wall. We had planned the route based off an old photo and we were now facing a hanging glacier that made the route we had planned very dangerous.
– We had to improvise. Arne thought five men in the wall would take too long, and he decided that Anders Opdal and I should go, the rest would work as a support team. They came along up to 6400 meters. We pitched our camp there, and they went back down.

Luckily the climb up to the top turned out easier than first expected, it was free climb and would perhaps be classified as degree 5. Opdal and Høibakk had the routines from the Alps where you climb, rest, cook, massage
cold feet, and then you go on.

– At 7000 meters we made a great shelf. Anders is super strong so we had divided the work between us where he would move rocks around so we could sleep laying down, and I would do the cooking.

The weather forecast changed. And after a night at 7000 meters, they only had one shot at the top. – We knew it was an ambitious goal, but we were very conscious of not crossing the lines of safety. That was also Arne’s mission all along. Opdal og Høibakk went without the use of rope most of the time, but was nervous before crossing a ridge of snow right before the top. Would it be loose or hard? It was rock hard, luckily, so they could walk right up to the top and make it before the time limit set to 1600. 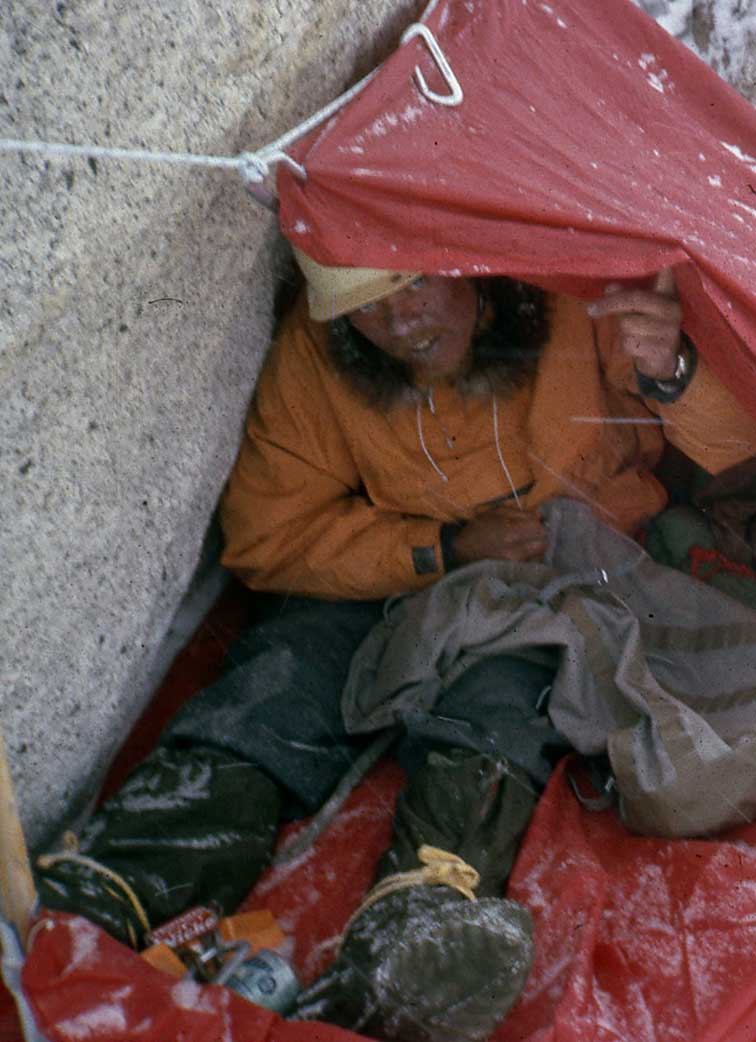 – We took some photos, and made it back down to camp at 7000 meters, before continuing down the next day, meeting up with the crew at basecamp. They were so curious if we had made it or not!

Høibakk never experienced any jealousy from the rest of the crew. Everybody had a dream of getting to the top, but the goal of the expedition came first; and it was a success. 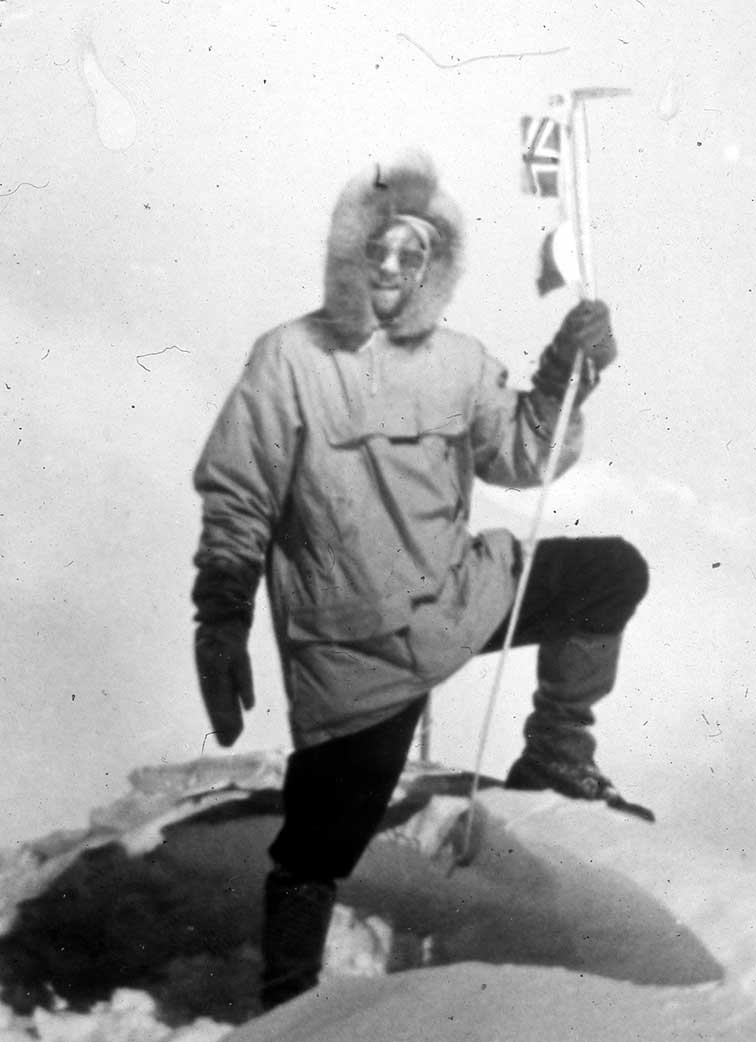